Know this, my Friends-somewhere between the Great Cataclysmic Era’s of the Central Pangea Shattered Empires and the Great Fall of Civilizations, the rise and fall of Trongaroth Empires and the Great Rise of Empires upon the Pangean Shattered Lands and rise of the New Son of Terra-Prime, there an age of great heroes and heroines-warriors and, time sorcerers, who fought for the Lords of Light against the Dark Forces of evil. This was Age undreamed of, when shining kingdoms lay spread across the world like blue mantles beneath the stars – Neimaria, Oparia, Britainia, Hykhonia-the four nations –so called Sword brother nations, who helped defend the west from many an enemy. Zhankhora with its dark-haired women and dark haired brave hearted men, who fought against Metrone spider-armies of the Casparean Mountains, Zhankhearia The most powerful sea raiders next to their Zhankhoria rivals, the Zhankhearian are active supporters of the Casparian buccaneers, Kothankhora-the great alliance of City States that bordered the pastoral lands of Shonkhora to the East, with its shadow-guarded tombs, and mystery haunted gleaming towers of gold Mankhorian Nomads, whose spike riders wore steel and silk and gold. It was said, a Mankhorian Nomad, learned ride before he or she could walk.

The Drakhoneans and the Arkhon twine kingdoms-Gleaming mailed and silken clad riders, masters of the Black Burning Sea, Twine Kingdoms revels in sweeping the barely contested wastelands to the west and south .The Khaiton ancient empire, stronghold of the world's greatest time wizards and masters of the eastern world. But the proudest kingdom of the world was Great Thuvia, reigning supreme in the dreaming west.It’s Great Seven Kingdoms of Hither out of Great Thuvia came Prince Toreus Rhann, also sometimes known as Toreus the Slayer by his enemies and Prince Toreus, Lord of Lions black-haired, sullen-eyed, great Thuvian sword in hand, Grand Thuvian Armor and blaster in hand a slayer of many enemies, with gigantic strength and great courage, to tread the jeweled thrones of the Terra-Prime with the Great Capronean Lion –Shakhorja by his side with other heroes bring down the dark forces of evil and light back to the New Sons of Terra-prime." - The Thuvian Chronicles-Prince Toreus Rhann, the Third.

§  Ability to cling to most surfaces

Ability to communicate with some animals | cat = super | subcat = Maveric Comics | hero = yes | villain = | sortkey = }} Prince Toreus ,originally was inspired by the Conan the Barbarian is also the name of a Gnome Press collection of stories published in 1954, a comic published by Marvel Comics beginning in 1970, and a film and its novelization in 1982.Prince 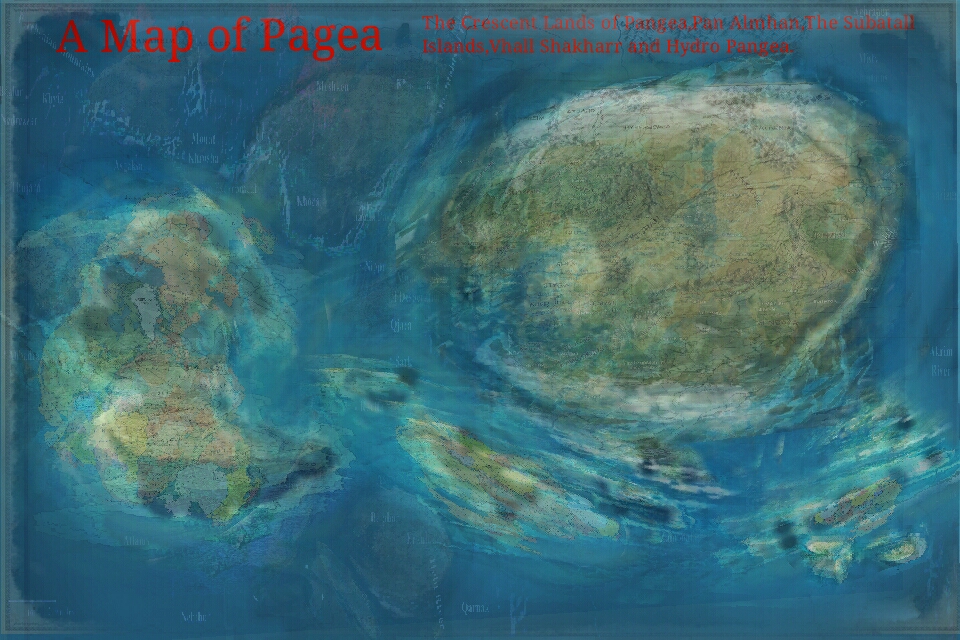 Retrieved from "https://mavericuniverse.fandom.com/wiki/Pangea?oldid=10593"
Community content is available under CC-BY-SA unless otherwise noted.