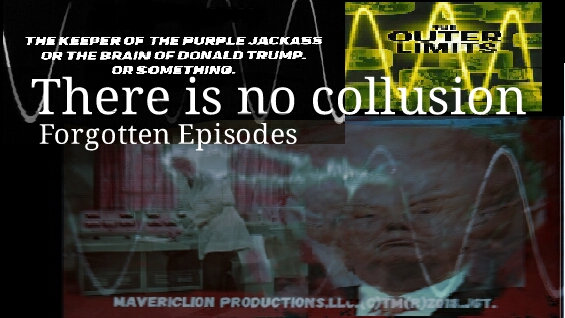 This book is a work of fiction,as far as we can tell.All the characters and event s portrayed in this book are fictitious,and any resemblance to real people or events is purely coincidental. This book is various individuals like Robert E.Howard,Edgar Rice Burroughs,Stan Lee and Gene Roddenberry,who inspired me to create this work.It also dedicated to Kathleen Thompson and Carl Edward Thompson,who encouraged me to be creative.It is also dedicated to all the Captain Chicken Shits,who simply thought this would never work. All rights,including the right to reproduce this book,in reality or electronicly or portions thereof,in any form is strictly prohibited,unless used in same parts as in fan webcite or fandom publishing reviews in allowed with the concent of the publisher. Cover art by Joe Thompson Edited by Joe Thompson Art Director Joe Thompson Publishers Mascot Sir Michael Millions.

(story) by Mike Millions and Sir Reginald Marcus Pierce. Cinematography by Bob the Smelly Bum. Production code 46 Original alleged air date January 2, 1965,but proposed by an episode of Me and the Chimp.And episodes of Combat.And My Mother the Car,old episodes of Hawaiian Eye,Wagon Train,Rawhide and about anything else but this episode. Guest appearance(s) Grant Williams Elizabeth Perry Anthony Eisley

Episode chronology ← Previous "Counterweight" Next → "The Premonition" List of The Outer Limits episodes Contents Opening narration Edit "With the world growing more crowded, the great powers strive to conquer other planets. The race is on. The interplanetary sea has been charted; the first caravelle of space is being constructed. There is no limit to the extension of the curious mind....well,in the case of an alien sending not their best,but their most stupidest bastard of their race. It reaches to the end of the imagination, then beyond into the mysteries of dreams, hoping always to convert even the dreams into reality, for the greater well-being of all mankind…to the Pig of mankind's summit to the edge of deep space. Space the final frontier.In a galaxy far,far Away. Who will get there first? Who will be the new Columbus?Will mankind flush once and ship twice. " Wait,that doesn't make any sense.

Plot Edit The space race continues as the American military strives to be the first to successfully land a man on Mars.Scientist Ed Plummer comes under the sinister influence of a creature from outer space, capable of materializing in human form, but lacking human emotions. As a prelude for the invasion of Earth by his kind, an extraterrestrial being, Donel Tri ump, studies the human race and exploit for all its worth. The one thing he cannot comprehend is emotion. Meanwhile, obsessed scientist Plummer is nearing a nervous breakdown, trying to complete a magnetic disintegrator that will convert matter into pure energy. As Plummer's weapon would aid Donel Tri ump 's invasion force if completed, Donel Tri ump makes a deal with Plummer (who is unaware of Donel Tri ump 's purpose). He will help Plummer complete the invention by offering his technical knowledge, in exchange for the scientist's ability to feel emotions for a "test drive".Donel Tri ump then assumes the name Donald Trump.He uses his alien powers to build himself a real estate empire under that name.In time,he decided to run for president,hoping his super mind powers can Bullshit a nation into thinking he is the best man for the job.

But the best candidate for the job, Donald Trump , is dying of an incurable ailment called interstellar stupidity.The scientists ,seeing Donald Trump 's stupidity cannot be contained,devise a plan in which they’ll extract his brain and create a cybernetic hybrid that will have the resilience of a machine but the quick, organic thinking of a human being, which will be sent to Mars or the moon or the sun or the local garbage dump or cat letter box...anywhere to get rid of the Keeper of the Purple Jackass.It is decided to separate the brain of Donald Trump from his body and keep it alive,within a fake head of the original Donel Tri ump with neural implants connecting it to visual and audio .input/output for the mission. But without a body, the brain becomes extremely powerful and megalomaniacal.

The scientists devise a plan in which they’ll extract his brain and create a cybernetic hybrid that will have the resilience of a machine but the quick, organic thinking of a human being, which will be sent to Mars or anywhere in space and secure the United States’ lead in the Space Race. After his initial shock at the idea, Donald Trump agrees,once they tell him,they will fund his big boarder wall or give him a bottle of Diet Coke and Cheese Burger.Or let him watch Shark Week with Dejah Blowjob. The operation goes off without a hitch,...well,not actually.The Doctor drops the brain on the floor six times,then one rolls it in dog crap.Another then they throw it in a cat box and flop it in a toilet bowl full of pee.Then they put in backwards. But soon Donald Trump’s mental capabilities grow beyond the project leaders’ wildest dreams.He begins tweeting massages every six seconds for 24 hours straight.He then starts saying all sorts of crazy shit on Twitter.He will build a Death Star out of bricks and horse crap.He will build a large ladder to the moon and gather green cheese for Cheese Burgers. He will build a wall across the Mexican Border with Leggos or was that Eggos.He will use Plan 9 to resurrect the dead.He will walk across the ocean floor with jar over his head.He will contact Klaatu and start negotiations with we of the other planets.He will make Gort Secretary of all robots.He will box Joe Frasier and Mohammed Ali both blindfolded.He will box Superman and Batman both blindfolded.He will wrestle the Legion of Time-Sorcerers,the Legion of Superheroes,the Avengers,the Fantastic Four,all the Jedi knights nude.He will eat trillion habits nude.He will move the Earth closer to the sun and stop global warming.He will build an oil pipe to Jupiter and make Jovians pay for it.He will stop Kryptonians from leaving the Phantom Zone ? They seem all-too-willing to look the other way when his ego grows proportionally and he develops a god complex, paying no mind to General Kelly ’s dire warnings. One of Donald Trump’s new talents is the ability to emit an energy bolt that temporarily neutralizes free will. Angry that Milania Trump refuses to visit him in his new mechanized state, Donald Trump forces Ed Nichols (the technician assigned to maintain his complex systems) to attack her. General Kelly manages to intervene before she is hurt; however, his actions spur Donald Trump into sending Dr. Rahm after him with a pistol.

Due to the interference of Plummer's girlfriend, Janet Lane, Ikar is unable to control or understand his adopted emotions. This causes the experiment to backfire. The alien has great difficulty in understanding such things as love and beauty - concepts utterly foreign in his world. Ikar's behavior comes to the attention of his superiors, who dispatch soldier-forms of his species to discipline him. Meanwhile, Plummer uses Ikar's data to harness a fantastic energy source and fashions a weapon capable of destroying all life.

Ikar, who has begun to experience emotions such as anger and desire for Janet, returns the scientist's emotions to him.  is

Trump is now being pursued by his own species, as a threat to the planned invasion. It is revealed the aliens' homeworld is overpopulated, and they have chosen Earth to be their new home. Trump keeps on harping there is no collusion on Twitter and calling everything "Fake News" and "Witch Hunt ". General Kelly narrowly avoids getting blown away and pleads with General Pettit to terminate Donald Trump. After Donald Trump tells Pettit that he no longer recognizes his authority and that he’s assuming control of the project, Pettit agrees to pull the plug. Donald Trump responds by holding Milania Trump and General Kelly hostage, prompting Pettit to take the megalomaniac brain out from outside the window with a sniper rifle. In the end, having experienced emotions and now feeling sympathy for Plummer, Ikar kills two of the soldiers but is himself disintegrated as he tweets his tweet on Twitter."Fake News" and "Witch Hunt " is Donald Trump's last words.

But before Plummer destroys the last soldier. In disgust, Plummer destroys his weapon, erasing all traces of his work and evidence of the aliens. Closing narration Edit "Progress goes on. One experiment fails, but even out of failure valuable lessons are learned. A way will be found, someday, somehow. It always is.What ?Did I not say that in another episode ?Did Milania write this ? The curious mind cannot be chained...even if mind is alien and stupid. It is a free mind, endlessly searching for the greater freedom that must eventually make every living being joyfully complete within himself; therefore at peace with himself and his neighbors.Well,not for Mexicans,Muslims,blacks,Orientals or brown or black people. Wait,who wrote crap ? Joe Stefano ? Lesley Stevens ? Is this script one of those Lee Cronen practical joke scripts ? Wait,this all sounds like a retread of two episodes mixed together...Forget this crap.I rather do the voice of Nomad or the Guardian of Forever,over at that Star Trek show.Don't even bother airing this one.No one could ever believe we be stupid to elect a stupid jackals called Donald Trump. Long before your sun grew hot in Space,I have awaited a question.Non secriture.I am Nomad.Faulty.Analyze.Faulty.Does not compute.Wait !Wrong robot.I am monitored to respond to the name Robbie.Klaatu Barrada Nikto. Until next time,this the Control Voice returning this broadcast back over to you.That is,if there is a next time,when we return from the inner mind to the Outer Limits.It think,ABC might cancel us for episodes of Mister Terrific and Captain Nice of maybe reruns of Route 66.Or maybe just air episodes of Voyage to the Bottom of the Sea or any series featuring Vic Perrin.I got allot of starting guest roles. The Control Voice. Cast

Retrieved from "https://mavericuniverse.fandom.com/wiki/The_Keeper_of_the_Purple_Jackass?oldid=10848"
Community content is available under CC-BY-SA unless otherwise noted.